Introduction:  Islet transplantation is a potential alternative treatment for type 1 diabetics; however, its widespread use is limited due to the scarcity of human pancreas donors. One potential solution to such is porcine islet xenotransplantation. Success with reversal of diabetes has been demonstrated with porcine islet transplants in non-human primates; however, many barriers still prevent its clinical application. Limited study has been performed on porcine islet cell signaling pathways, which may differ from the mechanisms in humans and rodents. Studying porcine islet gene expression in the early post-natal phase could help us better understand pancreatic endocrine ontogenesis. In order to investigate such, we identified molecules involved in the insulin secretion pathway including the glucose transporter GLUT2, GTPase RAC1 which is involved in F-actin remodeling in islet cells, and SNAP-25, a protein involved in insulin release. We evaluated the relationships of these molecules with common cadherins associated with cell-cell adhesion and with islet hormone secretion.

Method: Islets from pigs 3(n=4) and 10(n=3) days after birth were isolated and samples were collected on days 1,3,5 and 7 of culture to quantify trends in GLUT2, SNAP-25, RAC1, E-, N- and VE-cadherin gene expression by qRT-PCR. Immunofluorescence staining was performed to localize protein expression.

Discussion/Conclusion: Our data showed similarities in RAC1, SNAP25, E- and VE-cadherin gene expression in islets from 3 and 10-day old pigs while the expression patterns of GLUT2, and N-cadherin differ between these two groups. These findings may be important for the development of porcine islets in vitro and warrant further investigation of these molecules at various post-transplant periods. 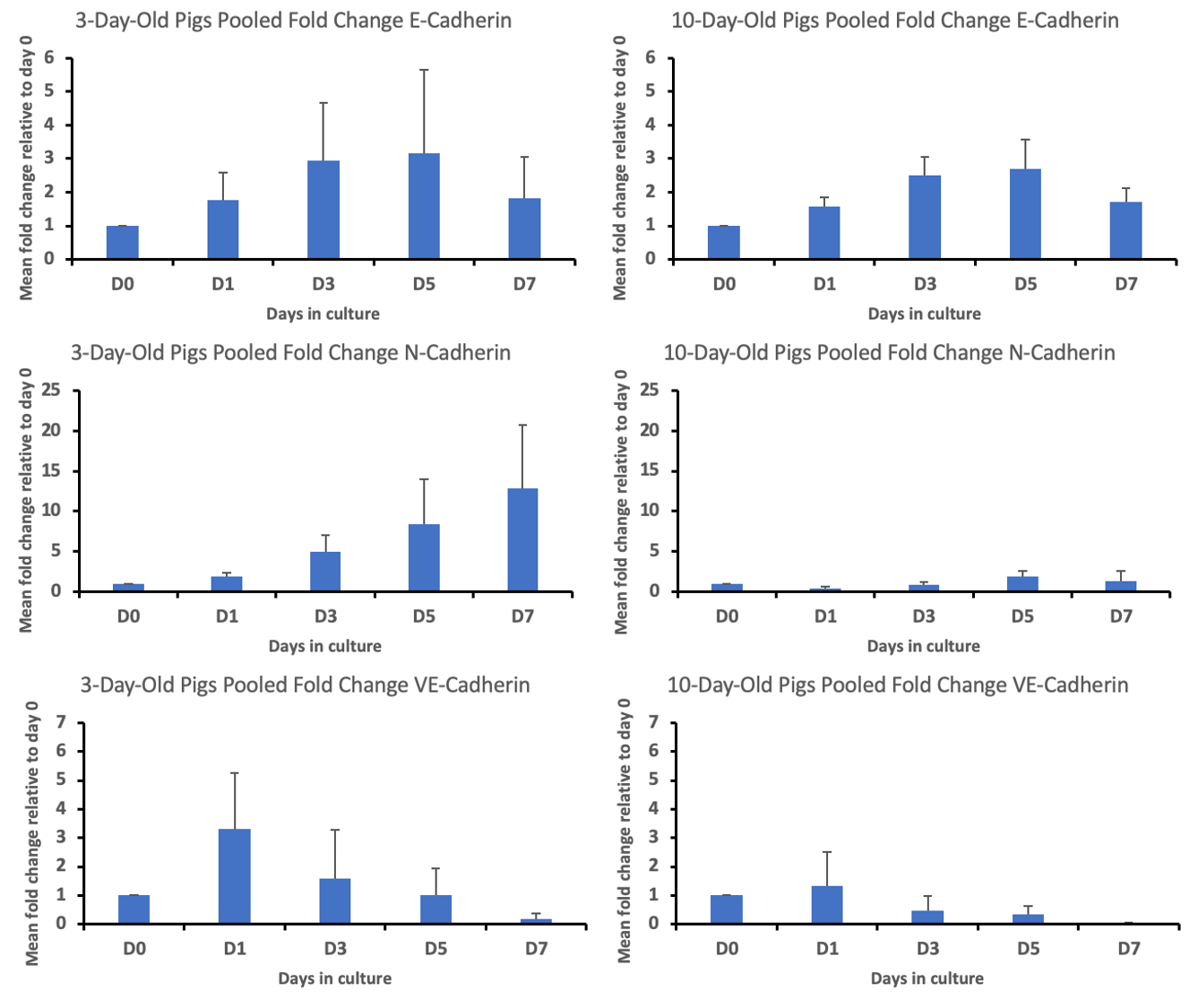