Introduction: The production of chimeric piglets is one of the strategies that have been tested to generate potential donor animals in xenotransplantation. In previous experiences our team found the presence of human red blood cells in tissues fo piglets after human cells injection in utero. The objective of this work was to characterize the immunophenotype of the cells used in the in utero injections carried out to produce chimeric piglets as previously described.

Material and methods: Samples cryopreserved in the Tissues culture Service of the University of Murcia were defreezed, resuspended and cultured to determine the immunophenotype by flow cytometry. The cells analyzed were Bone Marrow derived Mesenchymal cells (BM-MC) and Umbilical Cord Total Mononuclear cells (UC-TMC). Flow cytometry (CF) technique was also used to detect specific membrane markers in order to know their immunophenotype. The MSC-BM cells were analyzed for CD14, CD20, CD34, CD45, CD73, CD90 and CD 105 as specific membrane factors for mesenchymal cells, and MNC-UCB were investigated specifically from hematopoietic stem cells or hematopoietic precursors membrane markers; CD14, CD20, CD34 and CD45. The FC were performed with the BD FACSCanto™ and Flowing Software 2.5 and BD FACSDiva v8.0.1 softwares. 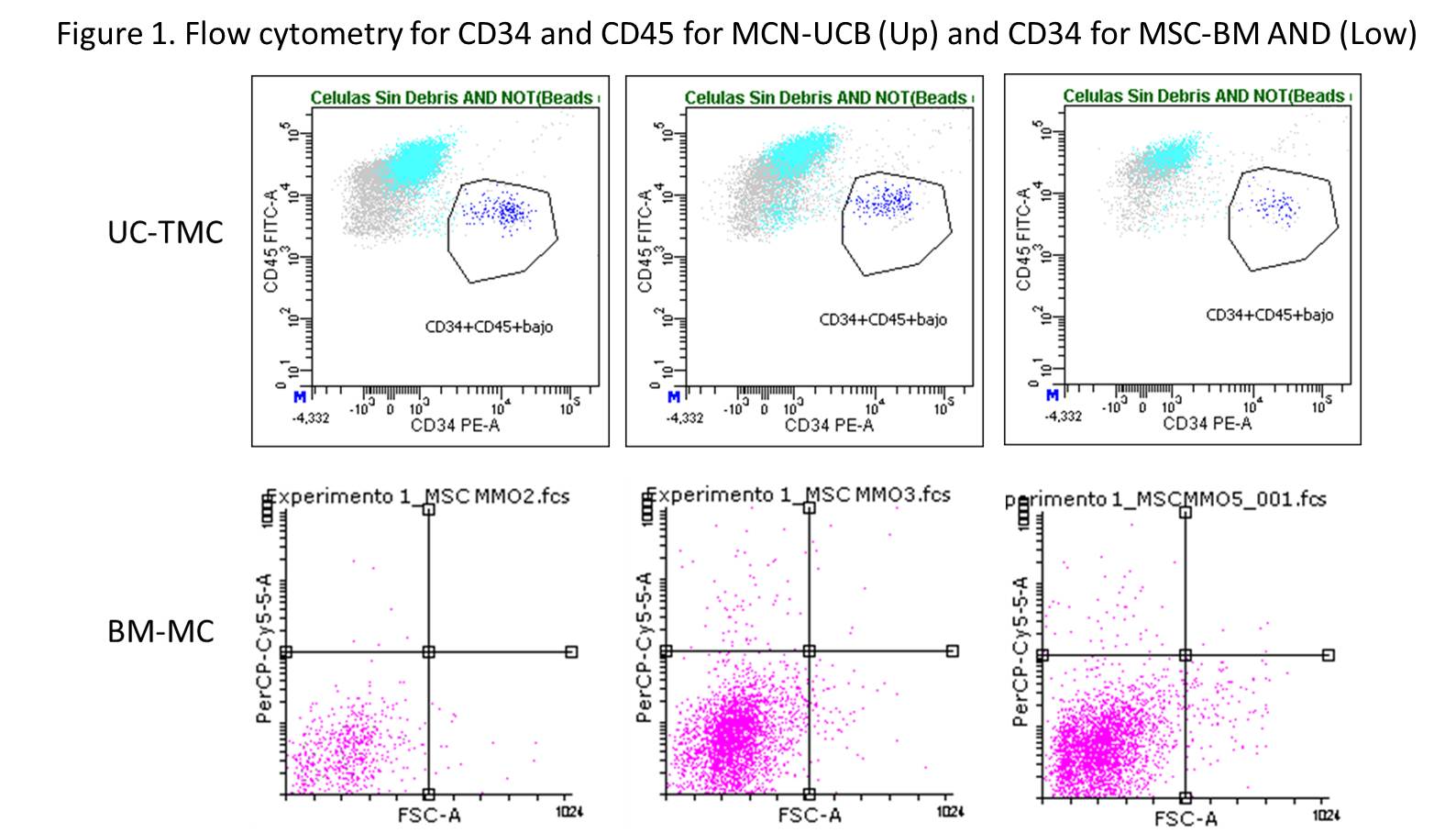 Discussion and Conclusions: In previous experiences, our team found human red blood cells in chimeric pig tissues through immunocytochemistry. These cells were found both in animals that had received BM-MC (n = 4) and in others that received (n = 4) UC-TMC. The identification of different cell populations in umbilical cord blood mononuclear samples has been previously recorded. The presence of human red blood cells in the spleen of chimeric piglets would be explained by the hematopoietic precursor cells found in the different samples. The fact that they also appear in animals injected with BM-MC with a very low content of these cells has different explanations. On the one hand, it is known that in mesenchymal cell cultures, the different passages reduce the presence of hematopoietic precursors, as was  demonstrated in cultures of mesenchymal derived from the salivary gland. The decrease in these hematopoietic precursor cells in successive passages is due to the fact that this line is not adherent and they are discarded in each replantation. The in utero injection experiments were made with samples with fewer passages in culture, which would explain the fact of finding human red blood cells. In addition, the samples have been cryopreserved for 10 years, which can also lead to a decrease in the presence of these cells.